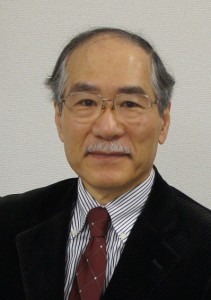 Born 1941 in Hokkaido. After graduating from Tokyo University, College of Arts and Sciences, he entered the Ministry of Education, Science, Sports and Culture. He studied at Cornell University and achived an MBA for Government and Business, and was then assigned to UNESCO. After that he became Chief of the International Study Section, Chief of Proffesional Education Section, Chief of Medical Education Section, Chief of Personnel Division of Minister’s Secretariat, Deputy Director-General, Higer Education Bureau. From 1997 to 2009, Vice President of Takushoku University, President of Takushoku University Hokkaido College. He was the Head of the Karate-do club at Takushoku University. In 2012, he became Director of Japan Karate Association and in October 2015 became the chairman. Moreover, he has held positions such as member of Japan UNESCO domestic comittee, member of The United States – Japan Conference on Cultural and Educational Interchange and member of Japan-U.S. Educational Comission (Fulbright Japan). He was a professor at Takushoku University, Managing Director of The 21-Seiki Bunka Gakujyutsu Zaidan, and Managing Director of The English Language Education Council. Inc. He holds a 6th Dan in Aiki-do and is a Director of the Aikikai Foundation.