Zimbabwe JKA had quite an eventful year both technically and administratively, although
economic challenges continue to propose a serious threat. The association continues to build
upon its past successes with the hope that the current generation of karatekas will build upon
the ZJKA legacy. Below is a brief summary of events that were of significance within
Zimbabwe JKA in the year 2017.

4. Meetings and ceremonies
4.1 The general membership met on 1st July 2017 to review progress of the constitutionmaking
exercise. There was also a handover of 6th Dan certificates to Senseis Phibion Mudzenda and Gibson Sangweni

5. Gradings
5.1 A Dan grading was held on 1 December 2017 under the examination of Sensei Edward
Mtshali. A total 16 candidates passed the examinations (1st to 3rd Dan)
5.2 Several Kyu gradings were held in respective dojos countrywide.

6. Future plans
6.1 To train for and send a team to the JKA/WF Africa Cup in August 2018
6.2 Facilitate the attendance of at least one senior instructor to the JKA Camp in April 2018. 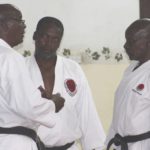 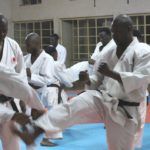 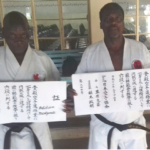 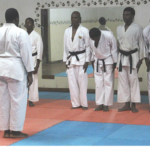