Highly respected South African karate instructor, Shihan Edward Mtshali (7th Dan) was recently in the country to grade black belt karatekas under the Zimbabwe JKA Shotokan style.
Eight karatekas were graded to Shodan (first degree), while seven successfully graded to Nidan (second degree).
The grading examinations were conducted at Gweru Sports Club on Friday, after a week of rigorous pre-grading sessions. Karatekas who thronged Gweru to train with Shihan Mtshali came from across the country, including Bulawayo, Gweru, Harare, Kwekwe, Bindura and Triangle.
It was a joyous occasion for the 15 karatekas who succeeded in the examinations, while the few that could not make it were left in tears.
After the grading examinations, Mtshali, who is the JKA African Region Director, said he was pleased with the standard of karate practiced under Zimbabwe JKA.
“I have seen very good karate from some of the practitioners and I have no doubt that Zimbabwe will be able to raise a formidable team for any future regional championship”, said Mtshali.
Zimbabwe JKA is affiliated to the Japan Karate Association (JKA) whose headquarters are in Japan, and practices Shotokan, a traditional, semi-contact form of karate that originated from Okinawa many centuries ago.
Zimbabwe JKA Chief Instructor, Phibeon Mudzenda (6th Dan), who also sat on the grading panel, said grading examinations were important to measure the quality of karate in every style.
“As a karateka you may not know how well you are doing unless you grade under such rigorous conditions. Passing such a grading is a good indicator, but even those that failed must learn from their errors and improve next time”, said Mudzenda.
The grading focused on basic drills (kihon), forms (kata) and fighting (kumite).
It also gives Zimbabwe JKA a wider selection base for karatekas who will participate at the JKA Africa Cup scheduled for South Africa in August 2018. Only black belt karatekas are eligible for the competition. 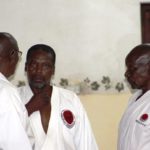 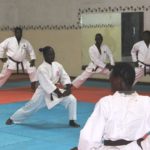 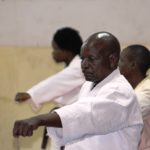 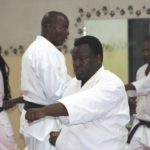 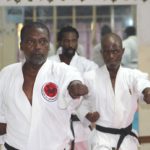 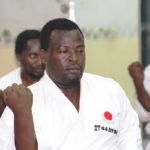 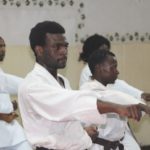 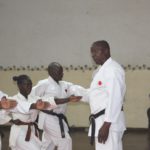 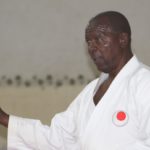 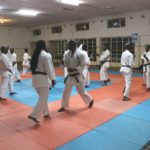 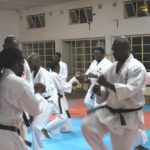 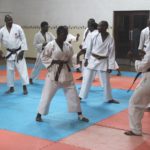 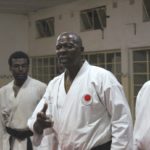 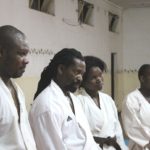 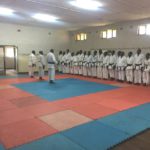