It was July 16-17 when we had gashuku in Kyabiganja village in Kyenjojo district found in western Uganda. The training was based on kihon and emphasis was put on kokusudash as many karateka drops the back leg. Sensei Asana who used a straight wooden stick corrected the participant  back leg to 90 degrees. An old karateka mze augustine beyara put a question to Sensei Asana about some stances, of which the question was refered to JKA masters. It was about the differences between hachiji-dachi and suu-dachi and also how do you practically apply uchi-hatchiji-dachi. The gashuku ended by kyu grading of which all the eleven passed their grading in different levels. 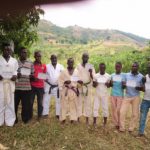 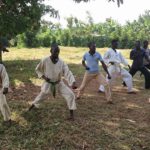 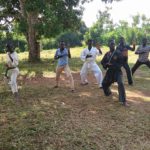 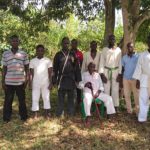 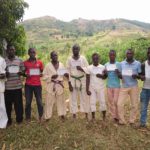