The Japan Karate Association of India held its 30th National Program in the resort city of Goa located in the Western coast of India. The Guest Instructor for the 4 day Camp was the the Vice Chief Instructor of the JKA, Shihan Masahiko Tanaka.

This was Tanaka sensei’s second visit to India, His first being to Mumbai in 2007. His legendary skill and reputation precede him and over 200 participants of the camp waited eagerly to learn from him. Like all great masters, Tanaka Sensei concentrated only on basics.

Sharing Anectdotes and his experiences, Tanaka Sensei enraptured the students with his simple explanation that ranging from the correct usage of the relevant musculature to Using partner drills he made the participants understand the methodology that going into keeping the balance of the body while using correct strength and distancing.

Anand Sensei taught the lower kyu grades to enable Tanaka Sensei’s training for the second day was a continuation of He also concentrated on the other side of the part of drills to the side of the Heian Katas, going Into the movement, each movement, something which the instructor cadre who was was present greatly appreciated. Showing the Various applications of the Hein katas, the participants were made to do partner drills in order to understand the movements.

When he got both the groups together Tanaka Sensei endeared himself to the children present by them them compete with each other.
The second session was devoted to the Technical Seminar Where is the good news to embroidery in the proper way in townaments in a proper way in tournaments His astounding speed when demonstrating the technique showed everyone a glimpse of the skills Anand Sensei who applied the seminar was supervised closely by Tanaka Sensei After the 2nd session, the written tests for the Technical examinations.

The afternoon session was devoted to Dan grading and the three technical licenses examinations for Instructor, Judge and Examiner.
His passion for teaching and humor while teaching made by every cup of teaching cheerful every moment of his teaching. Of the over 200 participants’ glad That they were part of a camp with such a great master.

The 30th National Karate Championships of the JKA Headquarters Instructors who come here is a result of the visit of the phenomenal growth of the participants. Twice a year and train the JKA India Members.

Though the participation has increased dramatically every year, the 30th Championship saw an increase of nearly 40% over last last year’s numbers. Participants led to a proposal to hold a separate tournament for Junior Kyu Grades beginning this year to Be Held simultaneously with the Monsoon Camp in August.

On behalf of the JKA India, I thank the JKA Headquarters for it’s cooperation and look forward to to have it’s great instructors continue coming to India to teach in the future 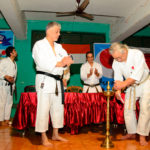 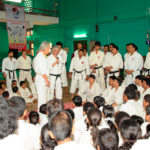 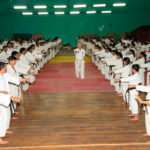 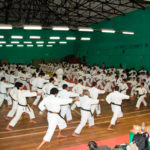 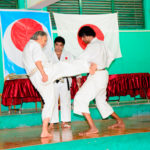 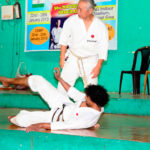