The Gasshuku, hosted by the Russian Traditional Karate Federation (JKA Member since 2012 year), was the second to be conducted by Shiina Sensei in Russia. Within three days it was attended by 128 participants.

The first day of the seminar was devoted to kihon and Heian Shodan kata, with gohon kumite complemented with various techniques authored by Shiina Sensei––namely, quick retreat from the line of attack, defense and attack with a shift in stance. All the techniques were performed at a high tempo and with numerous repetitions. Shiina Sensei also paid attention to the practice of kiai, elaborated on its types and on the occasions when each of them should be used and hips rotation (Koshi no kaiten) with Shindo (momentum vibration). The second day included the ways of exercising the muscle groups with the aim of forming stances and moving in them correctly. Special attention was given to the Heian kata series (2–4); Shiina Sensei worked out in detail their major points and drew parallels with the higher ranked kata. The referee seminar was devoted to the coordination of the referee brigadesʼ work; Shiina Sensei illustrated various situations with the help of specific examples. The third day contained kihon ippon kumite and jiyu kumite, work in triangles, change from one type of kumite to the other. The following kata were practiced: Heian Godan, Bassai-Dai, Kanku-Dai, Enpi, Gojushiho-Sho, Chinte, Nijushiho.

We would like to thank Shiina Sensei for this fantastic experience. We will be very glad to see him again in Russia. 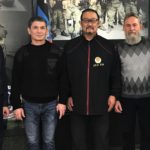 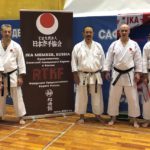 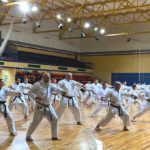 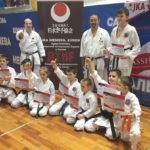 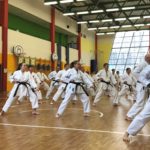 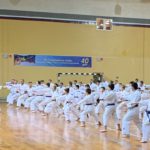 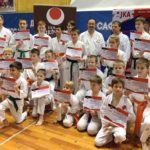 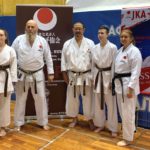 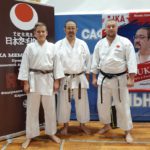 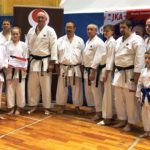 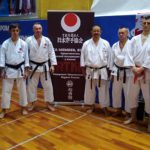 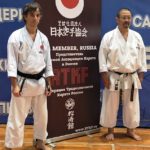