During 6 days, Ogura Shihan has teach and correct more than 330 people, mainly from Portugal, but also from Spain and France.

The mastery of his karate and profound knowledge of the Art, is simply overwhelming, leaving us motivated for evolution as Karatekas.

Day 1 was held in the very special and unique dojo Hoitugan Lisboa, Sensei’s Peté Pacheco dojo since the seventies. More than 30 Instructors attended this first day, where Kihon and basics were reviewed under a demanding  and physical training.

Day 2 started with a Kata competition for juniors, where dozens of young Karatekas proved them self in the contest. Later on, Ogura Shihan conduct the training for the younger and after that for the adults. Kihon Kumite was the focus of this day.

Day 3 begun with the finals for the Kata contest.Than Ogura Shihan conducted the training regarding Kata.

Day 4, 5 and 6, were conducted in three different Dojos, allowing everyone to have a great chance to learn very closely from Ogura Shihan. The practice and understanding of Kata were the goals for this days. Kata Kanku Dai, Goju Shi Ho Sho and Soshin were practiced  and studied both in form and bunkai.

The JKA Portugal International Autumn Camp, were held in Lisbon, by Ogura Shihan, 8ºDan, and also by Peté Pacheco Sensei and Pula Sensei, both 7th Dans.

JKA Portugal wishes to thanks very much to all participants. It was a great event. 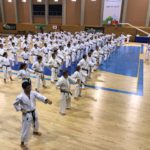 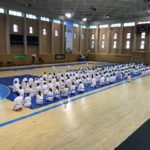 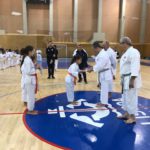 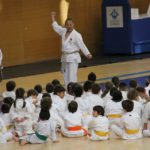 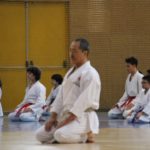 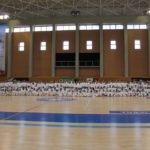 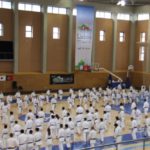