JKA Norway held its annual autumn Gasshuku for 2022, in the period 24th – 27th of November. The Gasshuku was arranged in Bergen, on the west coast of Norway. Approximately 320 participants, ranging from age 7 to 75 years, were attending the training sessions. More than 25 JKA clubs from all regions in Norway were represented. The Gasshuku coincided with the 35-year anniversary for JKA Norway and with the pandemic behind us, it was a particularly great opportunity to get back together to train JKA karate.

A great variety of instructions in Kihon, Kata & Kumite for all levels were given though 8 sessions over 4 days. The participants showed great motivation, enthusiasm and willingness tochallenge themselves, train hard and learn from the many highly knowledgeable instructors.

Saturday evening a banquet was arranged for the instructors and participants. Almost 100 persons attended the party, which was a great opportunity to celebrate JKA Norway 35th anniversary and to have a good time with old and new friends.

A lot of happy and smiling faces on the last day revealed that the Gasshuku had been a great success and the participants are now looking forward to the JKA Norway summer Gasshuku in June in Sandefjord. 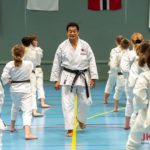 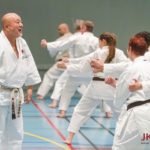 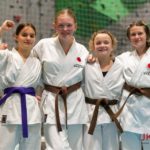 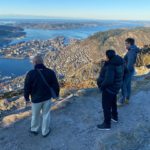 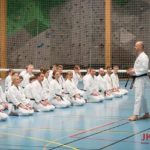 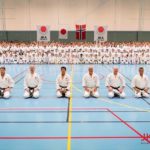