On 18th of September, JKA/WF Mongolia had its first outdoor training of the academic year 2022-2023. Training took place in National Park of Ulaanbaatar, the biggest and most popular park of the capital and  all JKA/WF Mongolia members were invited. On a cold autumn morning (4 Celsius degrees!), more than 60 karatekas, aged from 4 years old and up, were trained and supervised by Sensei Giovanni and his senior students Gerel and Khangai. The training aimed to start a new academic year with a high level of effort, renewed excitement and spirit, with a full commitment to carry on for the rest of the year. It was also a good occasion for JKA/WF Mongolia members to socialize and to expose our karate practice to the public audience.

The training started with 30 minutes of jogging, followed by 2 hours of hard practice of kihon, kata and kumite. The members were divided into small groups, and each of them was followed by senior students who would correct their techniques. Sensei Giovanni demonstrated and explained on detail the importance of keeping the body in upright posture, controlling the center of  gravity, and generating power with correct use of hips. The kata practice was focused on the execution of five heians, while kumite on yori ashi, proper execution of kizami tsuki and gyaku zuki. Furthermore, the last part of the training was focused on practice of shobu ippon kumite and the explanation to the new members of JKA tournament rules, in preparation for the upcoming JKA Mongolian competition planned in April 2023.

It was an enjoyable and successful training, which gave us further prompts for improvement and strengthening the values in which us, as part of JKA, fully believe.

A special mention needs to be given to Barkhas, a 9 years old boy, who, even though he is affected by a serious health problem which doesn’t allow him to actively take part in the training, strongly wanted to be present to this event, showing the real karate spirit. We wish him a speedy recovery. 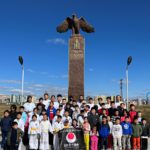 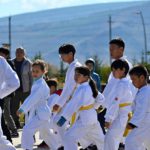 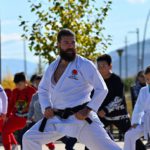 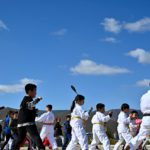