In the opening speech, our Chief Instructor Giovanni Virardi, thanked all the participants, their families, and volunteers. He remarked on the importance of taking part in tournaments as a means to further growth but also affirmed that competition is not the ultimate goal of the Karate practice. He ended his speech by quoting the late Masatoshi Nakayama Sensei: “The ultimate goal of Karate is not to win over others, but to overcome oneself.”

All the athletes showed skills, dedication, and discipline and the First, Second, and Third place in each category was rewarded with trophies.

A special mention needs to be given to Altanbagana Batbagana and Dulguun Unubold who both won the “Best athlete” prize and received a six months scholarship sponsored by JKA Mongolia.

The event was a success and demonstrate the continuous commitment of the instructors of our organization to promote JKA Karate in Mongolia. 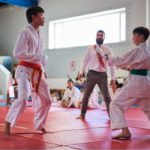 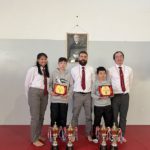 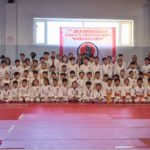 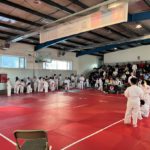 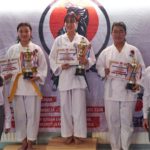 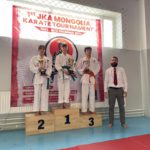 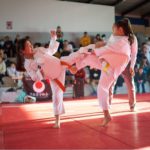 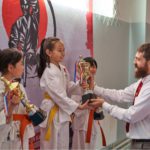 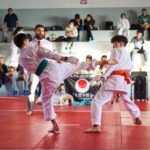