It is officially registered as a company with the Ministry of Commerce and Industry in Kuwait through JKA-Kuwait President and Chief Instructor Sensei Marwan sultan (JKA-Kuwait), The Japan Karate Association, State of Kuwait Branch (5th Dan).

And now it is operating five (5) dojos with a total number of 250 Karatekas. And black belts karatekas increased from 5 to 11 ranging from Shodan to Godan. JKA-Kuwait has increased,

This report highlights the achievements achieved by JKA-Kuwait for the year 2015 in relation to its 2015 Gasshuku and the Annual JKA-Kuwait National Championship.

JKA-Kuwait held its “6th JKA-Kuwait Gasshuku” and the “Annual JKA-Kuwait National Championship” from April 28th to May 5th, 2015. This activity was carried-out, supervised and managed by the JKA-Japan Headquarter senior instructor Sensei Koichiro Okuma with the cooperation of JKA-Kuwait President and Chief Instructor Sensei Marwan Sultan.

The Gasshuku programme covered specific technical training for all levels, for beginners and advanced Karatekas, beginning with Kihon, then advancing to Kata, and Kumite. Kata covered include the Heians, Bassai Dai, Kanku Dai, Hangetsu, Gojushiho Sho, Teki Shodan and Tekki Nidan. The Gasshuku, also, covered Judge training for different levels for black belts. In addition, “Judge” and “Instructor Qualifications”, Black belt grading up to 5 Dan have been conducted during the Gasshuku period. The Kyu, the belt belts grading and the qualifications took place on 2nd of May, 2015.

In the morning session of Saturday 2/5/2015, and before the Annual JKA-Kuwait National Championship, a technical training session was carried-out for all dojos by Sensei Koichiro Okuma. JKA-Kuwait Karatekas demonstrated a group techniques lead by Sensei Okuma in front of a full audience.

Then, the afternoon session started with the Kuwait 6th Annual National Championship which was inaugurated by H.E. the Japanese Ambassador to Kuwait Mr. Toshihiro Tsujihara, and the First Secretary and Cultural Attache Mr.Shinji Bantani, at Gulf University of Science and Technology (GUST) at Mishref Area.

Dr. Ali M. Khuraibet, the General Manager of JKA-Kuwait, delivered a speech in front of the honourable invitees stressing about the importance of “Karate Ni senti Nashi” principle and that JKA-Kuwait holds a high esteem for the Japanese culture and that Karate is one of the main for excellent friendship tool between Japan and Kuwait.

Then, H.E. the Japanese Ambassador to Kuwait Mr. Toshihiro Tsujihara and JKA Kuwait President Chief Instructor Mr. Marwan Sultan presented plaques to the honourable guests and head of JKA-Kuwait dojos managers and senior Karatekas of JKA Kuwait for their role in supporting JKA-Kuwait.

After the inauguration, the championship started. And JKA-Kuwait Karatekas were divided into 9 groups according to age and gender, starting from 5 years old. For full 8 hours the championship started and at the end, Sensei Koichiro Okuma and Sensei Marwan Sultan presented the medals to the winning Karatekas, and announced the Black belt, and qualifications results to JKA-Kuwait karatekas.

The activity had a full media coverage by major reporters from all major newspapers in Kuwait, Arabic and English, and also a coverage by the State of Kuwait TV.

JKA-Japan technical standards and guidelines. JKA Shotokan Karate is a peaceful Cultural tool that can be used to increase the excellent relationship between Kuwait and Japan.

Thank you JKA HQ – Tokyo for giving JKA – Kuwait such a great opportunity to work with JKA HQ and develop JKA Kuwait skills.

We are looking forward for 2016 Gasshuku. 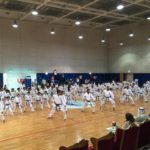 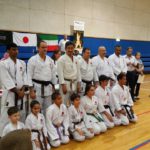 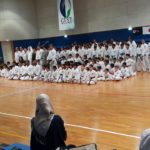 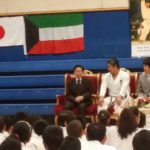 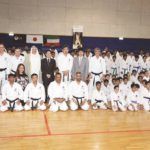 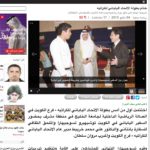 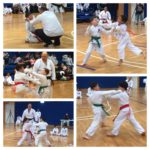 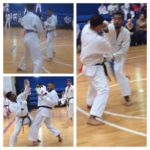