20th Aug: The First Day of the camp was held in Guruvayoor dojo and inaugurated by the Chairman of the Guruvayoor Municipal Corporation Mr. Krishna Das in presence of the local Councilor of the Ward and the President of the District Sports Council Mr. Sambashivan. The Municipal Chairman has congratulated all for the 6th anniversary of the association, warmly welcomed Somnath Sensei for visiting Thrissur while Somnath Sensei has announced that this month is the 7th anniversary of the JKAWF INDIA too. He thanked all the instructors that were present from the seven districts of the state for their faith, trust and support on Somnath Sensei and the JKAWF INDIA for last seven years. The first session was attended by the 88 students those who were narrated briefly about the history of the JKA, JKAWF INDIA, the purpose, principles and benefits of practicing JKA Karate-Do. The students were gone through the fundamentals of JKA karate from learning the correct way to sit in Seiza, getting up from the kneeling position, correct posture while bowing, manners in and out of the dojo to correct form, posture and course of Kihon-Waza. The time was limited for two hours only and therefore the students could learn only Heian Shodan in depth. The second session was for two hours again but only for the Shidoin, association instructors of the JKAWF INDIA in Kerala state. Somnath Palchowdhury Sensei appealed for support from all the instructors present to learn, follow and teach correct JKA karate and emphasise on proper discipline in each and every JKAWF INDIA dojo. The focus points of Somnath Sensei were again on correct form, posture and course of basics followed by correct use of various Koshino-Kaiten and how to create and channelise strength from floor through the Waza. Kata Heian Shodan and Nidan was covered in depth with correct counting. There were 19 Shidoin in attendance. The JKA Passports were distributed amongst all members.

21st Aug: The Second Day was hosted in Sopaanam dojo in Cherpu, Thrissur and was inaugurated by Cherpu Village President Mrs. Sujisha Kalliyath, local Ward councilor Mrs. Dhanya Sunil and the managing trustee of the Sopaanam Society Dr. C. V. Krishnan. All have appreciated the local host Jibinlal NS Sensei a JKA Sandan for his dedication and sincerity in promoting the Japanese way of karate in Thrissur district of Kerala, for hosting the gasshuku and thanked Somnath Palchowdhury Sensei for his visit, teachings and support. Somnath Sensei has received a loud applaud from the parents and students when he has expressed his thought that the necessity of learning self-defence by the girls and women will not be required any more if the boys and men get disciplined through learning JKA karate. The first session of this second day was attended by 66 students, a different group from the first day and have received training for a couple of hours. The training was pretty similar to the first day with the emphasise on kicks. The second session was for two hours again for the association instructors covering Kata Heian Shodan and Nidan again after the first day. Heian Sandan and Heian Yondan were taught in depth, in correct count and Bunkai were demonstrated for better understanding of the key moves.

There was an Instructors’ Meeting of the JKA Kerala association held in the evening at Lumbini Supreme Business Class Hotel with the lead instructors of the districts Malappuram, Kozhikode, Palakkad, Pathanamthitta, Thrissur, Wayanad, Thiruvananthapuram and presided over by Somnath Palchowdhury Sensei discussing the road map to the development of the JKA karate in Kerala for the year 2022 – 2023. The next State Gasshuku is planned for January 2023. 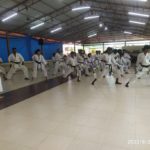 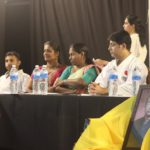 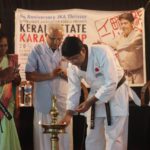 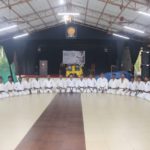 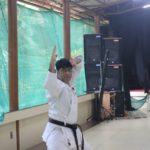 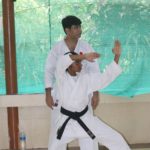 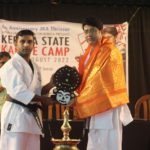 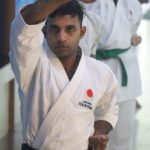 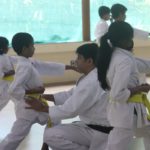 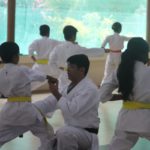 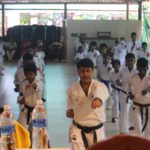 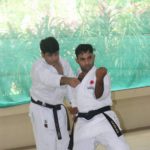 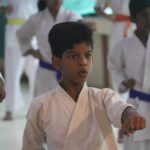 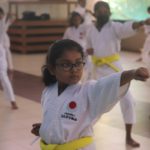 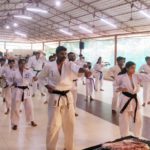 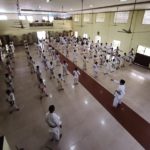 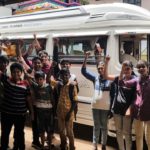 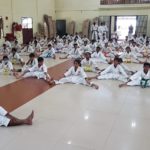 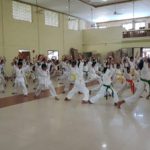 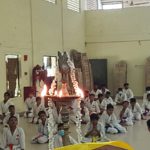 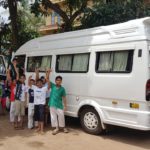 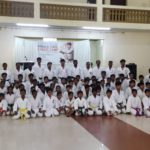