4 gruelling days of kata and kumite training; that’s what we did this time.

The most silent, minutest and unwanted movements if not corrected by a watchful teacher would otherwise go unnoticed or unaware were cautioned on every occurrence while in training, we would have done various drills of kumite and repetitions of katas and every time Ueda Sensei’s watchful eyes were scanning everyone for those very same mistakes and corrected instantaneously.

In short, we got our katas & kumite polished for the better, as in the mental attitude and the preparedness.

We had Qualification Seminar and Dan test as usual on the last 2 days resp; where we are seeing gradual increase in its participation numbers.

I thank Ueda Sensei for going out of his ways to help and support our members learn and train in the most traditional manner which though being demanding; makes one resilient…which is our chosen way.

I thank JKA hq for their continued support and special thanks to Ueda Sensei for everything that he did for us in these 4 days. 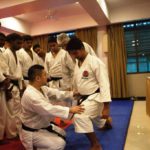 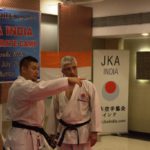 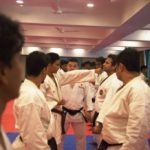 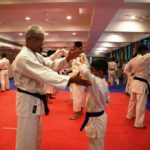 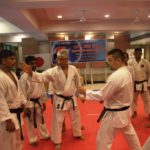 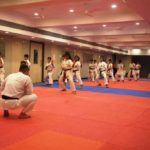 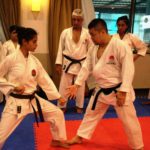 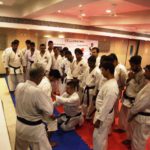 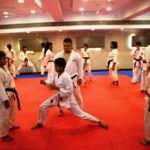 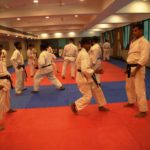 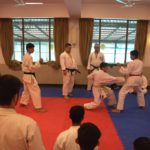 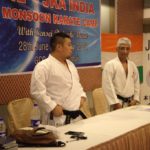 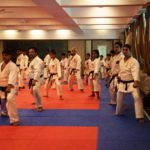 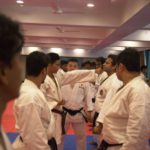 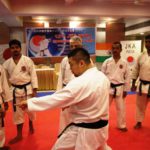 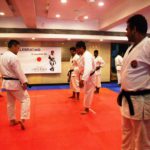