It is quite fantastic how two yet different characters can work together like this. After in 2018 Sensei Katsutoshi Shiina and his daughter Sensei Mai Shiina taught here in Germany, this year Sensei Yuko Hirayama accompanied the technical director of the JKA. This international event was organized by the well-known book author of the “Shôtôkan Karate Dictionary” Sensei Schlatt.

Subsequent to the great Corona break, martial artists from all over the world were once again called to the Tauber Valley in southern Germany in November 2022. The Ryôzanpaku-Dôjô, which was mainly responsible, took the opportunity and organized two courses on consecutive weekends. So the lessons started on the same day of the arrival of the instructors with an evening training in the beautiful city of Wertheim. The number of participants was limited in order to guarantee optimal training success. Divided into three performance groups: children, lower level and upper level, the lessons took place from 10 o’clock in the morning until 18:30 in the evening. As expected, there was a lot to learn, which is why, in addition to fighters from Germany, guests from the USA, Canada, Turkey, France, Croatia, Hungary and Switzerland arrived and no one was disappointed.

After the successful completion of the first course, the following week was dedicated to regeneration, intermingled with occasional evening training at various locations. Shihan Anki Takahashi’s honorary dôjô in Germany, the Tatsu-no-Miya dôjô, was also the scene of a morning training. But the main focus was in this recreation time and sightseeing to show the beauty of the German south to the two instructors as well as interested guests. International European cuisine and German beer rounded out the days and nights.

The following weekend the training course took place in Tauberbischofsheim. International guests came again. The strict training of the instructors was followed attentively and participants of all groups could take home endless inspirations. The harmony of the two instructors in their different teaching methods made this course a feeling between fire and ice and allowed all participants to go to their personal limits. The Ryôzanpaku-Dôjô thanks again the two guest instructors Mr. Katsutoshi Shiina and Mrs. Yuko Hirayama as well as the Honbu-Dôjô to be allowed to organize this course and looks forward to a repetition of this karate event in 2023. 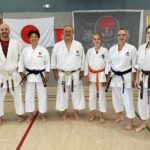 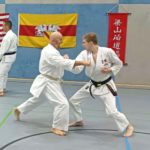 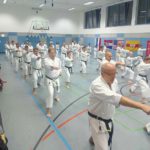 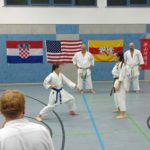 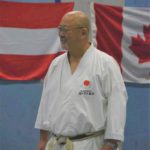 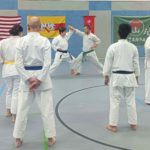 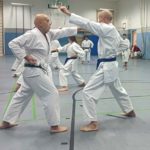 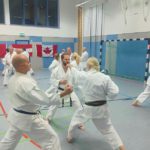 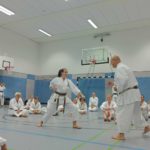 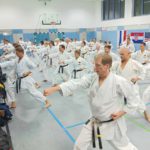 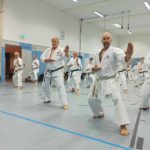 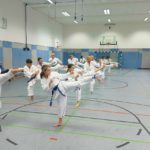 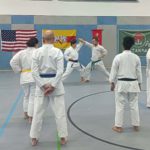 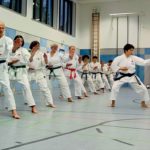 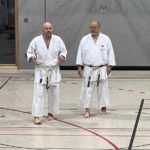 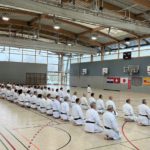 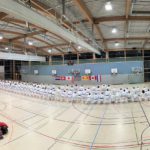