It was a blast! Ryozanpaku, the karate dojo in the very south of Germany invited two top-Instructors from the Honbu dojo to teach JKA karate. The very special thing was that the instructors were father and daughter: Katsutoshi and Mai Shiina.  Up to 150 Karateka came from 5 different countries to attend the first renseikai 練成会 (Drillmeeting) there, which was hosted in the city of Tauberbischofsheim, organized by Schlatt who is renowned for his international translations.

Both instructors complemented each other perfectly in their teaching styles. The classes were divided in lower and upper belts plus an extra class for kids. The training itself was very demanding and emphasized kumite. Sensei Katsutoshi Shiina took the participants out of their comfort zone of well known patterns and easy combinations, explaining as his main credo, that in Kumite nothing ever happens as planned. The students had to react fast to his penetrating voice when he shouted the commands in his unique way. Forcing everyone to think what will be next instead of simple telling them. It was definitely not an easy class but an exciting one. Everybody was awake from the first second of training and the passion showed in the shining eyes of all attending karateka.

Mai Shiina, also knew how to motivate each of the groups. In her very special way, with a friendly smile on her face, she took everybody to the limit of their ability and condition. Demonstrating, explaining and motivating as she helped everybody through the demanding classes. It was a chance to train Takudai karate in the south of Germany. Attached to the renseikai there were some nice days to deepen the friendship between the visiting family of Shiina and the hosting family of Schlatt.

The organization team would also like to thank Sensei Hideo Ochi, based in Germany since 1970, to enable the Ryozanpaku-Dojo to invite these 2 high-class instructors. 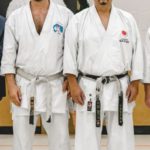 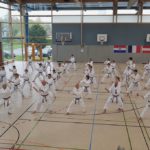 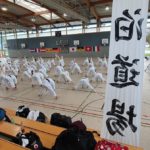 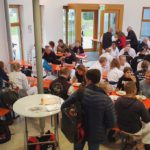 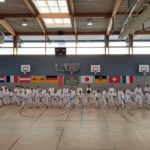 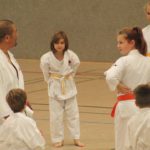 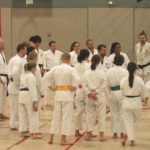 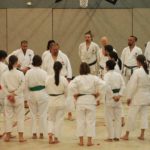 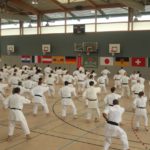 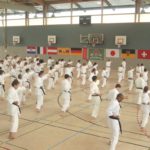 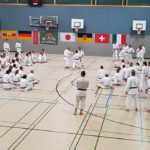 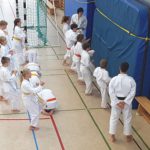 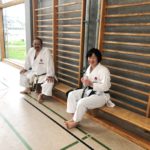 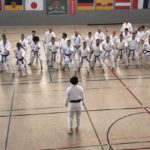 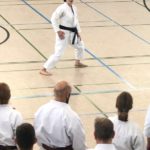 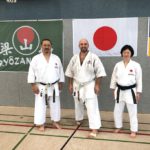 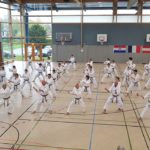 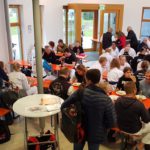 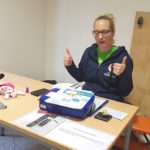