Our Dear Friends All Over the World,

The seventh Gasshuku was held this year in the Czech Republic in the village Sporÿice located near the city of Chomutov from 4th to 8th July 2012. Organizer was a civic association Gasshuku Czech Republic, which has been established for providing and organizing this event in cooperation with the Czech Union of JKA karate.

In this event participated 278 karate-kas from 8 European countries. There was 157 participants from Czech republic and 121 foreign participants from Germany, Poland, Switzerland, Belgium, Austria, Russia and Sweden, and also invited instructors from Japan. 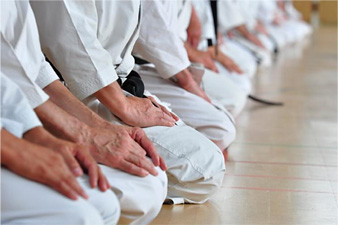 The way of karate do

The event had official support from the governor of the Bohemia Region Ústecky´ kraj, Mrs. Jana Vanÿhova, and the mayor of the town Sporÿice, Mr. Roman Brand and it was held under the moral patronage of the Japan Ambassador in Czech republic, Mr. Chikahita Harada, the secretary of Embassy, Mr. Koheie Tsuboy and Mrs. Kana Ochiai, the director of Japan Information and Culture Centrum in Czech republic. The event was supported again by general sponsor which was company Severoceske Doly a.s. Chomutov, leading by Mr. Ivan Ljapin.

Thank all of them for supporting the event. 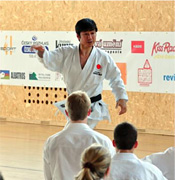 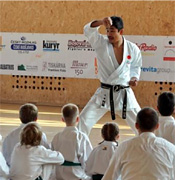 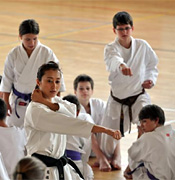 7am – Kata class starts for the beginners (9th-4th kyu). One of the Czech Instructors helped the colour belts to a deeper understanding of a basic kata. 8am – brown and black belts (3rd kyu-DAN) rush in to learn the secrets of an advanced kata from one of the Japanese Instructors. Senseis explain the right way to execute the techniques and the meaning of them. 9am – 6pm Six more trainings for the day. Participants were divided to 3 categories under which they adapted the exercise plan. It was 9th-6th kyu, 5th-1st kyu and Dan categories. But the categories were indicative only, so each participant could adapt training plan according to their capabilities. The main point for the Gasshuku: how to develop basics principles and correct movements in all techniques of karate, and how to apply working of hips (shomen/hamni) in different techniques.

Senseis approached each group individually, they emphasized the importance of the principles in techniques in karate like the right way of the using of the hips, connection with the ground, contraction and expansion of the body, and also using of mental concentration and spirit in the fight. Next point was teaching of use balance and unbalance feeling for creating speed without unnecessary, visible movements. That develop strong basics and understanding how the body works in maximum speed and how to find a natural way in karate techniques.

Everyone took something from the training and even the most relentless karateka were driven to the limits of their physical and mental abilities. Trainings were focused on all parts of JKA karate style kihon, kumite and kata. Different combinations of techniques were trained with focusing on the main points which was given. Masters gave us a perfect model and motivate us to find the correct path of budo. 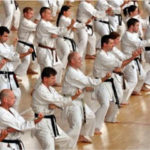 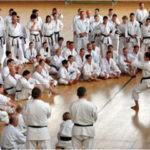 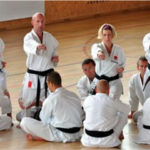 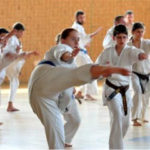 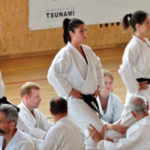 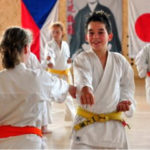 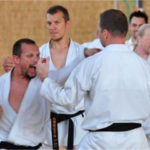 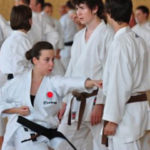 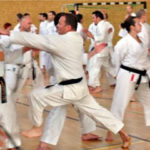 After training there were additional programme for free time. The participants can use the swimming pool which was very close to training hall and equipments of sport hall like sauna, massage room or spinning room is. The each evening there were possibilities to meet old friends or make a new friendships in party tent, drink there a beers and whatever you want. Whole event were ended by Sayonara party attended by Senseis and most of karatekas. The last training last three hour and training were leading by all instructors together.

This year Gasshuku was successful and without any major problems. Next year will be held in Prachatice, the organizing committee are looking forward to seeing you. 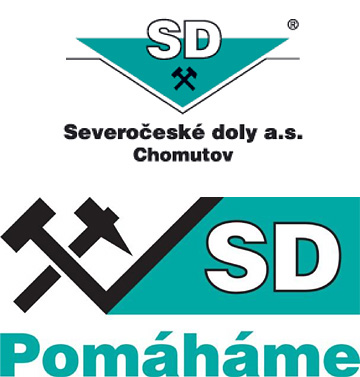