Colombia 15t International Gasshuku with Kobayashi Sensei from JKA HQ was held between 1st-3rd of December. More than 100 partipants arrived from Colombia and other countries like Panama, Ecuador, Chile and USA. There were three days of intense Karate practise under the guidance of Kobayashi Sensei. The seminar was organized in two groups, begginers group (until 4th kyu) and advanced (starting at 3rd kyu). During the sessions Kobayashi Sensei focused on the correct execution of the techniques and the shifting of body weight to generate power and timming. Sensei also insisted in the relationship between Kata and Kumite and how to execute Kata with a Kumite mind set.

On the opening day there were two sessions one for begginers and a second one for advanced practicioners. On the begginer session the practice was focused on tsuki and uke waza Ido kihon and then it was taken to kihon Kumite where the participants had the chance to practice against different oponents from other cities/countries.

Second session was dedicated to kihon and on how to relax the body to generate explosiveness and power.

On saturday there were two sessions (begginers and advanced) in the morning and one joint session in the afternoon. During the begginers session, sensei reviewed basic Kihon and Heian Kata and enphasized on fine points of each Kata (from Heian shodan to Heian Yondan).

The advanced session was dedicated to Bassai Dai. Using Bassai Dai Sensei pointed out on the correct distribution of weight on Kokutsu dachi, wheight translation and explosive power.

Afternoon session was arranged as a joint session for all grades and it was dedicated to Keri waza. There were lots of excersices individual and with partners on how to practice mae geri, yoko geri, mawashi geri and ushiro geri. Each excersice was brilliantly demostrated by Sensei.

Again there were two sessions on sunday, first session dedicated to begginers was focused on kihon comite using various combinations of defense and attacks.

Advanced session was dedicated to Gojushiho sho. Difference between slow and fast movements and right application of power were studied here as well as the timming for this Kata. All the participants were delighted with the explanations and execution of Kobayashi Sensei.

After advanced session, the closure ceremony was held as well as the photo session for all of the participants in the seminar.

In the afternoon there was the traditional goodwill lunch where all the participants had a good time after a very intensive Gasshuku.

As part of the seminar there were also Dan Rank, instructor and Judge certification exams. There were 5  Sho Dan, 2  Ni Dan, and 1  Yon Dan exams held 2 Judge and 6 Instuctor examinations presented.

JKA Colombia wishes to congratulate to all of the participants in the event and to express its gratitude to JKA/WF and specially to Kobayashi Sensei for his support. 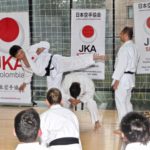 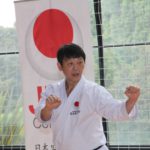 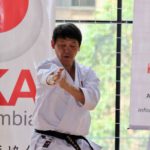 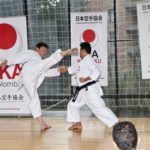 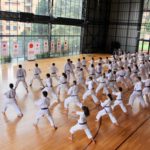 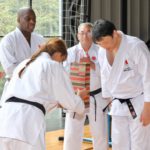 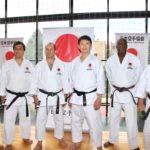 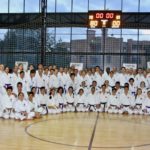