This year’s AKJKAQ’s Winter Camp was an online shorter Camp with only two classes of ninety minutes each, followed by a Dan Exam. The Covid-19 being still active in Montreal and the training facilities being unavailable, we had no choice but to rely on zoom for keeping contact with those of our members who are still active. Unfortunately, more than half of our Dojos are on a complete pause because of the pandemie. But there is still a fraction of the members that have stayed well active through zoom classes. And some of them even increased the number of their weekly trainings. A total of forty-one participants took part to the trainings.

The first class was teached by Sensei Louis Dessaint, 7th Dan. The first hour of this first class was for green belts and up and covered kihon, kihon ippon, jiyu ippon kumite and Heian shodan. The last thirty minutes for brown and black belts covered the katas Bassai dai and Chinte. The second class was for brown and black belts and was teached by Sensei Jean-Pierre Cusson, 7th Dan. This class covered different aspects of Kihon and Kumite. Kanku dai and Meikyo were also studied in the last thirty minutes of the class.

Then followed the Dan Exams. I had the privilege to serve as the chief examiner and was assisted by Sensei Louis Dessaint, 7th Dan and Sensei Manon Quirion, 6th Dan. The exams went very well and the examinees showed great concentration, spirit and thechniques. Congratulations to the following members for their successful result at the exam.

Best greetings to all the JKA family! 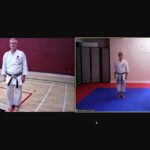 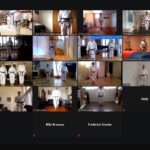 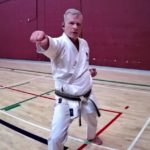 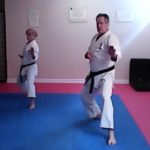