From June 27th to July 1st, the AKJKAQ (Association de Karate JKA du Québec) was holding its 28th Summer Camp in Montreal at ETS. It was a great pleasure and privilege for all the participants to benefit from the great teachings of Sensei Hirayama.

Sensei Hirayama’s great skills and pedagogy were put to contribution to explain and demonstrate some important aspects of JKA karate. From correct form and timing to different ways to generate maximum power effectively through rotation, weight tranfer and snapping motion. A special attention was put on the correct relaxation after the kime. The « 0-10-0 » principle. During the whole camp there was a very interesting balance and connexion between the 3 aspects of training (kihon, kata and kumite). There was a special training period every morning for the black belts katas. In addition to the 5 Heian, Tekki Shodan, Bassai Dai and Kanku Dai that were studied in large group we also went trough Tekki Nidan, Tekki Sandan, Wankan, Sochin, Nijushio, Hangetsu, Jitte, Kanku Sho and Gojushio Sho in the black belts classes.

The Camp was very much appreciated by a total of 104 participants. Although the majority of them were from Quebec province, some of them came from Ontario and United States. The Camp ended with a Dan exam. Congratulation to those graduated to a new Dan level. See the list below. 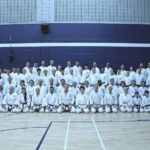 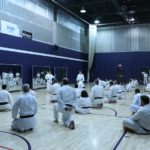 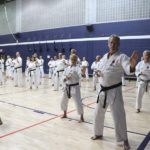 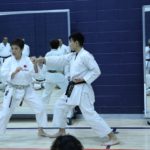 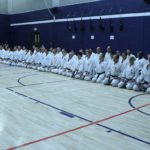 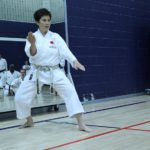