JKA-ANGOLA have the great pleasure to receive in Benguela City and Luanda City the 2nd Africa Regional Gashuku from 21 – 30 July 2013, managed by Sensei Seizo Izumya and Sensei Koichiro Okuma.

Jka Headquarters give hus the opportunity to invite a High Class Instructors to help and develop JKA in Africa. We receive karatekas from far away Provinces.

The training reinforced the study of perfection in basics thechnics, katas mouvements and Kumite. Instructors, Exammeners and Judges are formed.

Around 85 persons are participating in this evenements. A spetial guest are present, Sensei Edward Mtshali from South Africa, as Regional Technical Director.

This Gashuku was a very great experience for all participants, in spatial for JKA Angola Members, so we are in the WAY, 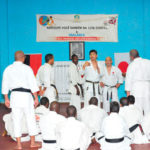 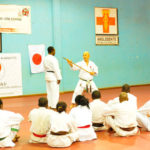 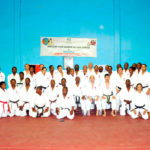 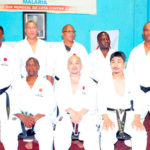