The first day started on a very mild note with basics and sentei katas brushed up with detailed explanation on every technique. His passion and thorough knowledge on his techniques were evident in his teachings and what he expected out of everyone during the course was also very clear in his soft voice.

The last two days was taken up by Heian Katas, gohon kumite and various drills of jyu kumite, basically focused on speed, timing, posture correction and details of kumite types i.e how different and most effective is traditional karate from sports.

We saw a great number in the event and it was the kids who stole the show this time as we saw some spectacular performances from them, both in kata & kumite.

The most promising members who were specially focused on with their timing and posture issues during the camp and who were quick enough to correct their weak points did amazingly well and produced good results, proving that self correction is a matter of attitude; and not time.

Ueda Sensei performed his favourite kata Sochin at the end of the championship for all and especially for non karate-kas as a education provider ….of JKA karate, nothing had to be said after that as all present were left spell bounded with his performance.

I thank Ueda Sensei for being compassionate and going out of his way to help and motivate students to evolve in JKA karate. I also want to thank JKA Hq for its continuous and unconditional support to us. 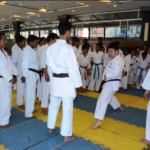 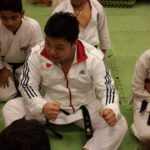 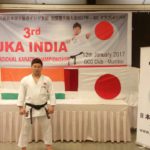 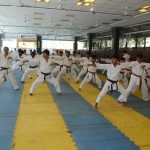 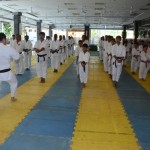 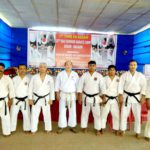 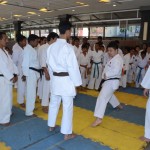 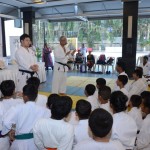 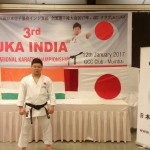