The JKA HQ had assigned Katsutoshi Shiina Shihan, 7th Dan JKA to teach in the three cities in India; Calicut, Guwahati and Kolkata as part of “2019 JKA INDO-BANGLA WINTER CAMP”. Shiina Shihan had travelled thousands of miles across the country as Calicut being situated in the state of Kerala at the south-western tip of India; Guwahati the capital of Assam, known as the gateway of north-east India and Kolkata the capital of West Bengal state, former capital of India from 1773 to 1911. The tour was coordinated by the “JKAWF INDIA Kolkata” in collaboration with its state units JKA Kerala, JKAWFIK Assam and JKAWFIK West Bengal.

The camp was hosted by JKA Kerala, conducted by Katsutoshi Shiina Shihan and assisted by Somnath Palchowdhury Sensei for little over 250 participants that attended from 6 districts of Kerala. There were also 21 JKA members from neighbouring south-Indian states of Karnataka and Tamilnadu in attendance.

In these two days intensive training Shiina Shihan focused on correcting the fundamentals to standardise all in attendance as per JKA standard and chased all through some gruelling sessions of kumite drills that produced sweat and blood.

Everybody that attended the camp have ultimately survived till the end, got the taste of hard-core JKA Karate, enjoyed and reported the feeling of abrupt finishing of the two days camp, craving for more with Shiina Shihan.

Shiina Shihan expressed his satisfaction to see the enthusiasm of the participants, wonderful hospitality in the “God’s Own Country – Kerala” and delicious Kairali food.

There were international representatives from BHUTAN too that joined JKA recently.

During both the days Shiina Shihan grinded the participants through various fundamental aspects of kihon waza and a great deal of kumite drills.

Shiina Shihan spotted a few young talents and advised their instructor to pay attention to groom them for international circuit.

The first day was allotted for five hours of INSTRUCTOR’S TRAINING for 51 Dojo Instructors concluded with great success at the beautiful Spring Club, Kolkata.

Shiina Shihan has covered various fundamental aspects of Kihon Waza in great detail that are utmost importance for the development of JKA Karate. Six  JKA Shitei Kata were covered along with the Bunkai and a few Oyo of the key movements chosen from each kata. These meanings and applications of kata moves are then practiced with partners. Shiina Shihan was extremely happy to notice some of the Shidoin doing things so well whereas a few were advised to work harder to adopt finer aspects of JKA karate. Technical knowledge and understanding of Bunkai of a few Shidoin were highly appreciated. Shiina Shihan stressed the importance of regular training of the instructors together to keep up the good standard of each individual, develop strong spirit, harmony within the organisation and standardisation. The member instructors have got ample opportunity this day to ask, discuss and clear their doubts on many technical matters with Shiina Shihan.

The second day was for Joint Training for all grades where sum 300 members participated from the districts of Coochbihar, Jalpaiguri, Burdwan, Nadia, Hooghly, Howrah, North 24 Parganas, South 24 Parganas and Kolkata ignoring the uncertainty of transportation in Kolkata and districts due to a big political rally scheduled on the day. There were about 250 parents in presence too supporting and inspiring all.

Mr. Masayuki Taga, Hon’ble Consul General of Japan in Kolkata was in attendance as the Chief Guest. Mr. Taga had highlighted the introduction of Japanese martial arts in India by Rabindranath Tagore that introduced “Jujutsu” in Shantiniketan by Japanese teacher Mr. Takagaki. He had appreciated the JKAWF INDIA Kolkata’s role for constant focus on the traditional martial arts (Budo) aspect of Japanese Karate-Do and culture through regular training and continued teachings by Japanese guest karate teachers in Kolkata. He advised the students to visit Japan, the epicentre of karate and experience learning from the source.

To handle the big number of participation Shiina Shihan had divided the class in to two groups and asked Somnath Palchowdhury Sensei and Sona Ghosh Sensei to teach as well in turn. Shiina Shihan focussed on teaching the fundamentals of JKA Kihon Waza, Bunkai and various drills to develop Jiyu-Kumite while Somnath Sensei focussed on correct form for Kyu grades and Kata Kanku-Dai for Dan grades. It was a great day training and sweating together.

The third day was allotted for Brown and Black belts only training on JKA Dan syllabus followed by JKA Dan Tests from Shodan to Yondan and JKA Licensing Examinations for Instructor, Judge and Examiner. Shiina Shihan had quickly covered the syllabus making some time for strenuous drills that develop kumite skill for the participants.

The “JKAWF INDIA Kolkata” thanked Katsutoshi Shiina Shihan and the JKA Headquarters for supporting the programmes and activities initiated by the organization for the promotion and development of JKA in India. 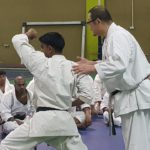 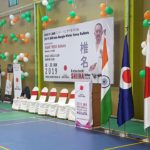 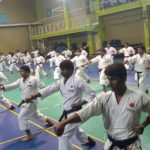 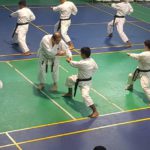 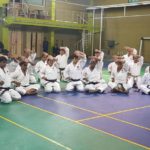 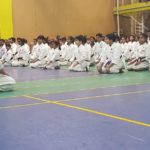 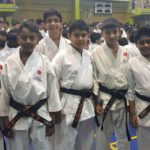 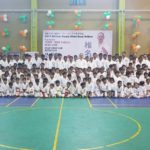 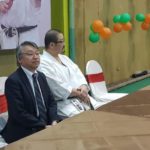 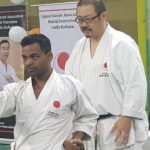 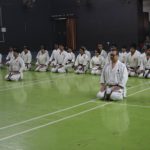 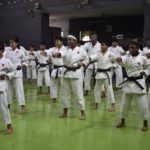 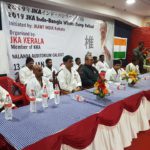 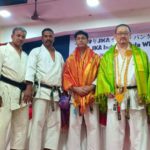 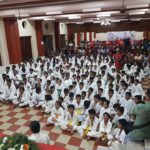 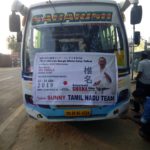 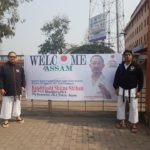 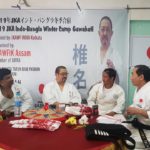 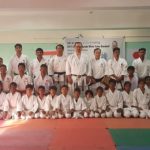