This year, the annual JKA New Zealand National Gasshuku had the honour of hosting the legendary Instructor from JKA headquarters Shihan Takenori Imura. We also invited guest Instructor from JKA Chicago, Sensei Neeraj Dhawan who helped in demonstrating alongside Shihan Imura and helping in Japanese to English translation.

Imura Shihan, landed in Auckland on the 7th of March. The evening class saw Karateka’s from all over Auckland and the North Island of New Zealand converging at St Cuthbert’s Dojo for training.

On the 8th, Imura Shihan flew to Christchurch along with Sensei Dhawan and Sensei Karl Naoroji to conduct 2 classes which were attended by JKA members from Timaru and other Shotokan clubs from the South Island of New Zealand.

9th March was more or less a rest day, but in saying so a small group of JKA members trained with Shihan Imura in Sensei Karl Naoroji’s private Dojo in Auckland. Shihan Imura taught in depth his favourite kata “Jutte” which was a great bonus.

The annual Gasshuku, kicked off from the 10th to the 12th of March, a total of five training sessions spanning over three days.

We had a welcome party hosted in honour of Shihan Imura on Saturday and the Gasshuku concluded with Dan and qualification exams on Sunday.

It was surely a treat for everyone to experience such unique and high-level instruction from a master like Imura Shihan.

He is the epitome of a man who has devoted all his life to Karatedo, and, in spite of his age and injuries, continues to train and teach so passionately. We look forward to having him back again in the near future. 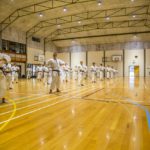 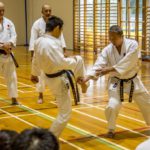 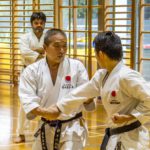 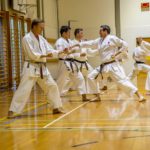 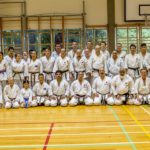 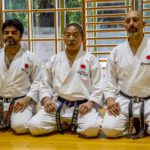